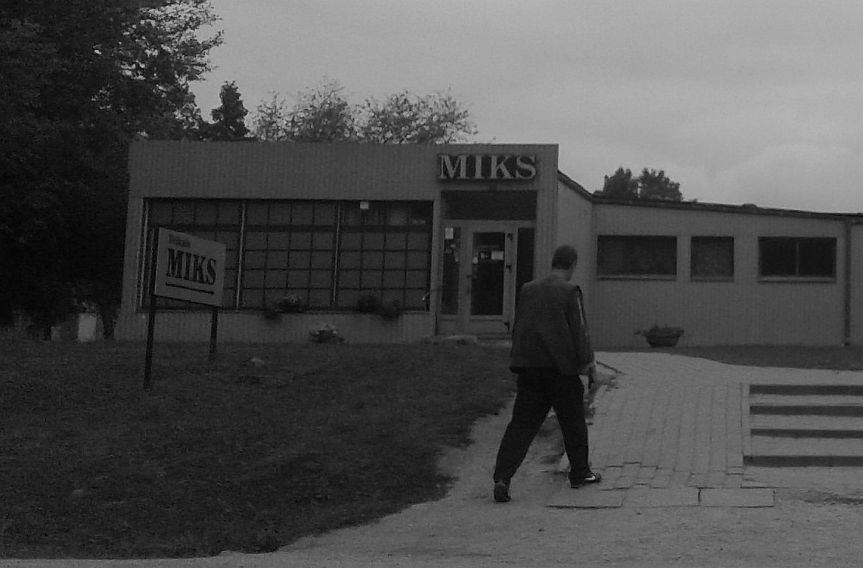 AFTER A JOINT birthday party held for our daughter and her mother — both of whom were serenaded with candles and desserts — I took a car south to Latvia. Social media was just awakening to the news of my official change in relationship status, and though I tried to ignore it, now embarking on a new stage in life I had not especially sought out, I could feel the curious mind of the Estonian Nation pursuing me, and knew I must leave the country at once.

I was headed to Cēsis, what some Estonians still call Võnnu, if only to remind themselves that they once won a battle there against the German landeswehr in 1919, and for the first time in my life, actually happy to be going to Latvia. The truth was that I was never that interested in the other two Baltics — Latvia or Lithuania. I regarded them as a New Yorker might regard New Jersey or Pennsylvania. The fact that they spoke languages of a completely different origin only made them seem more distant, reinforcing my idea of Estonia as a lonesome island floating in the sea.

The Estonians, too, had this ambivalent and ambiguous relationship with Latvia, I had learned over time. It was as if Latvia was a partner it had been assigned in a folk dancing class, forced to dance together through time without any true chemistry. So much had been made of the idea of the Baltic countries as a geopolitical unit, and Western newspapers often ran articles about “The Baltics,” as if it was one contiguous place, the borders merely cosmetic, yet most Estonians’ knowledge of their southern neighbor’s language after centuries living beside each other seemed to be one word: saldējums, ice cream. There were exceptions, of course, like the poet Contra, who has written the book Minu Läti — “My Latvia” — and even penned poems in Latvian. But few people I knew had Latvian friends, and it seemed that the only reason they went to Riga was for a concert, or to pass through the city on the way to Jurmala to swim and eat more saldējums.

I did have a Latvian friend to visit in Cēsis, but he was also not local. Mike Collier, also known as Miks Koljers, is the author of the satirical novel The Fourth Largest in Latvia and the excellent new collection Baltic Byline. He wears a flat cap and has the ruthless dry humor the British are loved best for.  I didn’t burden him with tales of my personal life, but welcomed the opportunity to sleep at his country estate with its majestic views of rolling hills. And eat saldējums. According to Mike, the Latvians do hold the Estonians in higher regard, “because they think that all Lithuanians are crazy, which, based on my own experiences, does seem to be the case.”

The Latvians preferred the company of their northern neighbors, even if they were only interested in their southern friends for their rich, creamy ice cream or, on occasion, exotic women?

A fair trade, I guess.

For me, as an American who had absorbed a lot of Estonia’s prejudices about people and places, plus that sense of superiority they have over all the other ex-inmates at the geopolitical prison called the Soviet Union, I had to say that I enjoyed being in Latvia in this time, pleased to be distracted from everything else going on, titillated by the tiny differences and architectural curiosities and funny words. Imagine a bar called Miks. “Should we go in?” “Miks mitte?” (“Why not?”) Imagine a river called Seda (“That” in Estonian). “Vaata, Seda.” (“Look at that.”) “Mida?” (“What?”) “Seda. The name of this place is Seda.” “Mida?” “Seda!”

Latvians remain a mystery. Women named Ginta and Gunta. Men named Dzintars and Gintars. I have so far not been able to grasp their perspective, though it became more apparent with my visit. There is much in Latvia that is similar, the houses, the history, the cadence of the voices on the squares. Yet Latvia remains apart from Estonia with its Indo-European tongue. There are more brunettes in Latvia, too, so at times I got the sense that I had stumbled across a long-lost Latin settlement, another one of those vanished Roman legions, gone missing in the curling mists and berry bogs of the north woods.

It was these Indo-European roots, I at last grasped, that divided the Estonians from the Latvians, that feeling of connections to the Finns, and, especially to the Sami, that is only apparent in some place names in northern Latvia. As soon as I recrossed the border a few days later, sensing less scrutiny from the Estonian Nation on the back of my neck, feeling more fluid and optimistic about my future, less worried about what might come and content to live life day by day, and saw that sign with the strange word Tahkuranna written across it, I understood that I was on different terrain. Estonian terrain.

I felt like an English trader crossing the frontier, preparing to live among the Cherokee.

2 thoughts on “escape to latvia”