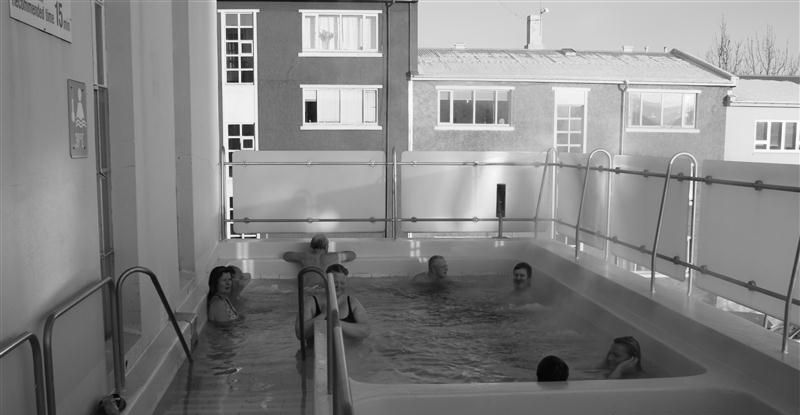 WANDERING THE BACK STREETS of Reykjavik just a few weeks ago, I was faced with a decision. Would I head over to the national museum and spend the rest of a rainy afternoon looking at Viking exhibits, or would I return to the Sundhöll Reykjavikur for another long warm soak?

It was a gray evening, a fine mist besieged the city, and water dripped from the corrugated metal siding of the wonderful buildings, which are painted in pastel dreamy yellows and salmon pinks. My sweater was heavy and thick with the moisture. I decided to forego the museum and to return to Sundhöllin, as it is called by Icelanders, “the swimming palace.” These are Reykjavik’s oldest public baths. Built in 1937 in a palatial art deco style, it reminds one very much of the Kalma Saun in Tallinn’s Kalamaja district.

There are several hot baths at Sundhöllin, heated by geothermal energy like the rest of Iceland. The first and hottest is 42 degrees. A second is a milder 39 degrees. They are both outside, each painted a light blue. Above them, a sign reads, “Recommended time: 15 minutes” in black lettering. After spending the recommended time in the 42 degree bath, I sank into the 39 degree bath and tried to relax. It had been a long conference, I had enjoyed many free coffees, done too many interviews, and I have to say that even after taking a long walk, I found it hard to unwind.

I found it difficult to even feel like myself.

My only company was a pair of Icelandic teenage girls, engaged in conversation on the other side of the bath. One of them, with freckles and hoop earrings, seemed to be lecturing the other one, a pale, yellow-haired, sad-looking girl, about the more important things in life. I followed their conversation for sometime while glancing over them at the line of rooftops visible beyond the deck of the pool and after some more time, an elusive peace came to me. The Icelandic girls’ lulling, undulating voices, the warmth of the bath, the white architecture, the coolness of the air, and the mist on my face at last soothed me and I plunged my head into the hot bath waters. Creative thoughts started to surface. Wouldn’t it be nice to write a whole novel set only in an Icelandic swimming pool?

The conference was the inaugural meeting of a new Nordic medical society. The Estonians had been invited to attend as one of the six founding members, even if their tricolor looked slightly out of place among the crosses of Iceland, Norway, Denmark, Sweden, and Finland. But the Estonians, having their own biobank and advanced personalized medicine programs could not be ignored. They were now part of this northern region, part of the story, and so they were invited.

I recalled a design I had once seen for an Estonian flag with the national colors arrayed in a black cross outlined by white set on a field of somber blue. In design, it reminded one of the Norwegian flag the most, but stitched of blue, black, and white. I remember how much I had liked that flag and wondered why they hadn’t chosen it in 1919 when it had been suggested. There was something about the color scheme that reminded me of the blue baths and white walls of Sundhöllin, the black lettering on the walls. The cool air and mist on the faces, the soft muttering monotonous song of the people’s voices. There was something that linked these places.

At the meeting, a scientist had asked me if the Estonians did consider themselves to be a Nordic country. I had said, yes, in fact, but I had a hard time explaining why. Was the Estonian Biobank at University of Tartu really the outcome of Swedish King Gustav Adolf founding the university nearly 400 years ago? Could it all be explained with historical facts, or cultural generalizations? Perhaps it could be discovered among the runes of the sagas, clearly spelling out the connection? In the baths at Sundhöllin, I fumbled for more explanations, but none of them could satisfy me and I at last gave in fully to a pleasant, clear-headed mood. Whatever the answer was, it could no longer bother me.

What mattered was that I knew that this was exactly the place I needed to be. 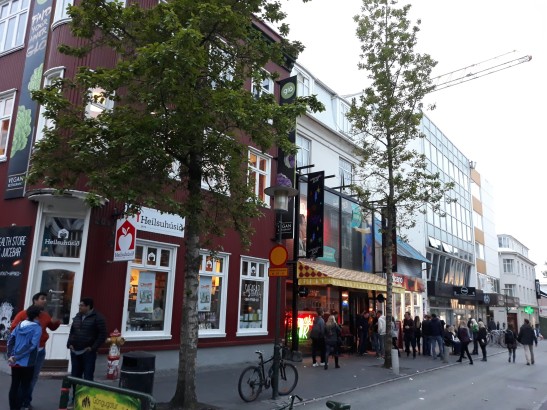 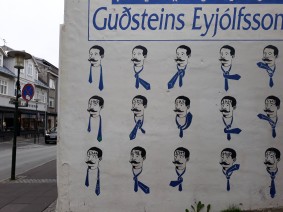 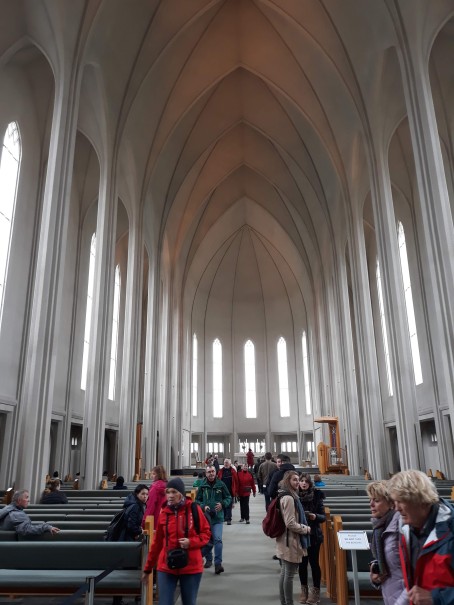 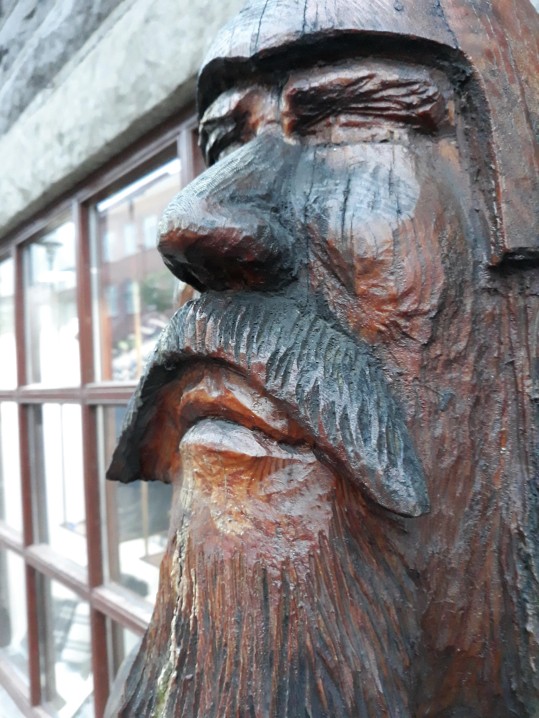 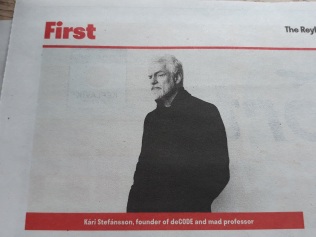 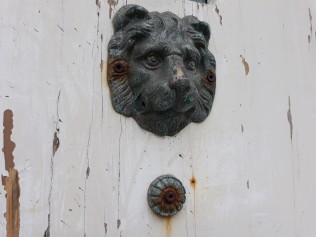 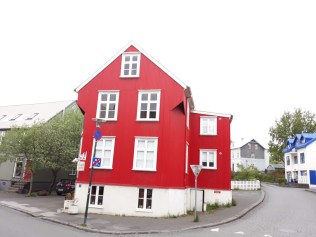 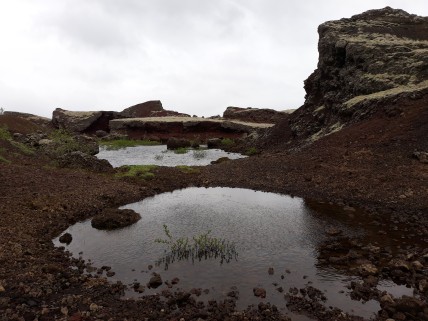 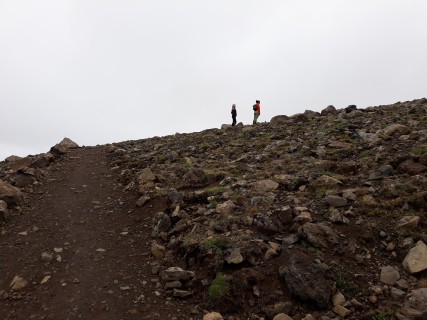 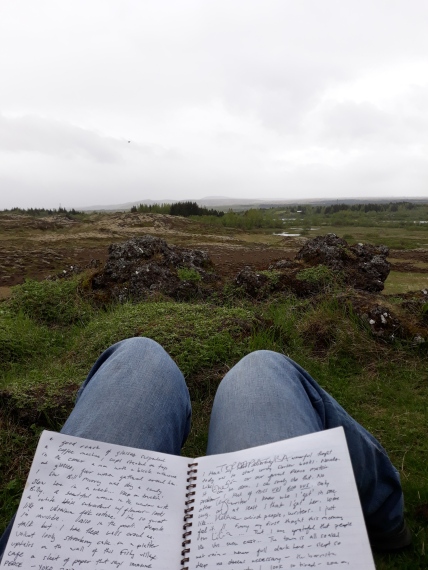